In running the economy, a country needs an ideological basis so that all functions can run properly and regularly. Many ideologies are adopted by various countries in the world, including capitalism. Well, here’s a further explanation of this ideology.

Capitalism is an ideology that believes that capital owned by individuals or groups of people in society can realize human welfare. In its application in the economic system, it is possible for every citizen to control capital and business with the aim of making a profit.

One of the salient features of this system is the minimal state intervention. Indeed, the government can still apply regulations, for example, including the amount of the minimum wage. However, the government is not actively involved in national production planning.

In the 19th century, this concept began to emerge from a Scottish economist, Adam Smith. He coined the theory of “The invisible hand”, which believes that the balance of the market can be formed naturally based on supply and demand.

One of the things that benefit the capitalists is transacting in the free market. Due to the intense competition between sellers with the same product selling, those with capital tend to be able to create more innovative products. This makes their products much sought after by buyers. The higher the demand, the price of goods can be increased at will, moreover there is very minimal government intervention in regulation.

Furthermore, this understanding emphasizes individual rights in managing capital. This greatly affects the distribution of income. If you have a lot of capital and manage it successfully, a person can reap wealth and give it to the heirs when he dies. So, it is unlikely that wealth can be distributed to people outside the kinship circle. 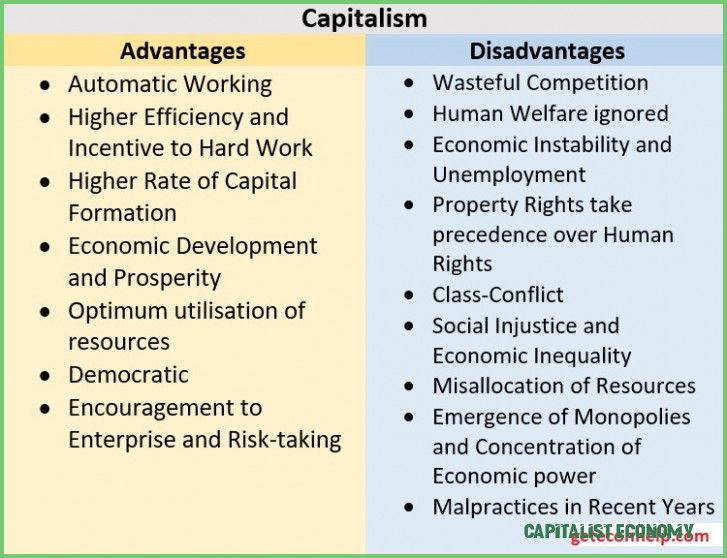 Like any financial system, capitalism has its advantages and disadvantages. The first advantage is a more efficient and effective use of resources. This happens because the owner of the capital has set a target to get the maximum profit. In addition, people’s mindsets are more creative because they are faced with high competition. What’s more, unique products tend to be more in demand by consumers.

However, the implementation of this system also has disadvantages. Because access to capital can only be owned by certain circles, imperfect competition in a free market cannot be avoided. This is the root of the occurrence of market monopoly. Furthermore, this capitalist system causes entrepreneurs to only focus on money so that other problems such as the welfare of workers are neglected.

Despite much opposition from some economists, in fact capitalism is still going on. One example of its application is in America, especially during the leadership of Donald Trump. The capitalists or owners of capital can do many ways to get big profits, including pressing the price of labor to the lowest level. Meanwhile, those who do not have access to capital are even worse off.

The election of Joe Biden as the new president certainly provides fresh air for economic improvement in America. Biden plans to increase the personal tax based on the amount of income he receives. Of course, income from these taxes can play a role in improving the welfare of those who are left behind.

Another example that can be seen directly is the presence of modern markets such as malls and supermarkets. Unconsciously, this modern market is slowly starting to displace the existence of traditional markets. The convenience and convenience of shopping makes consumers more interested in spending their money in modern markets, from shopping for clothes to kitchen contents.

Capitalists do have to spend big money when they want to build. However, the reciprocity of the benefits is doubled. Meanwhile, traders who sell in traditional markets can be eroded over time.

This is an explanation of what capitalism is and an example. Indeed, one of the advantages of this system is that it can achieve maximum profit, but only applies to those with capital. Welfare inequality also occurs because not all individuals can access capital and start businesses.