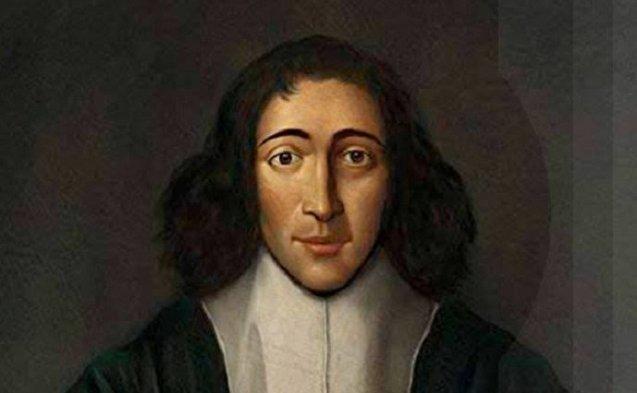 Benedict Baruch de Spinoza or better known as Spinoza emphasized that humans are part of nature, what humans experience is a necessary event, with the certainty of the laws of geometry. Human emotions and behavior are not something outside the laws of nature. Soul and body, spirit and body are the same. Humans cannot choose their actions freely. because the actions taken by humans are actually the same as the fall of a stone that is thrown up. Humans only feel free because they do not understand the causes of their actions and the causes that determine why humans want certain things and have certain motivations.

Humans cannot choose what they want and what they don’t want to do, nor can they choose between good and evil. Therefore, Spinoza consequently denies the possibility of judging an action as just or unjust, sinful or meritorious, the judgments themselves being necessarily given. According to Spinoza, an ethic that wants to advocate a change of life makes no sense against the backdrop of determinism. What is possible is an analysis of human actions, motivations, desires, and feelings. Then the question is ethics is nothing more than that? Doesn’t ethics at least want to show how humans can live better, more useful, happier lives? What’s the point of looking for ethics unless people can change?.

Such questions may remain difficult to answer. Spinoza’s situation was similar to that of the Stoics. The Stoics too had a deterministic view, but he wanted to show how a wise person can live more calmly and steadily. From Spinoza, a fairly difficult thought is required. On the basis of the total determinism of thought and content, humans find the possibility that humans can improve the quality of their lives through their own efforts.

The starting point of Spinoza’s teachings is emotion. According to Spinoza, every individual being, human, animal, or whatever is intrinsically trying to defend himself. This effort is called conatus, which is an experiment or basic effort. The basic effort of all providers is to defend themselves. Conatus is identical to the essence of each provider. So whatever exists seeks to defend itself and to increase the power of its activities. The basic effort is encouragement. The basic effort drive is reflected in the consciousness consciousness as desire. Desire is the most basic human emotion. When humans are in the process of transitioning to a stronger state, the desire is in the form of pleasure. Conversely, if the transition to a lower state is reflected as feelings of sadness or pain. Therefore, pleasure, pain, and desire are the three basic human emotions.

Through his ethics, Spinoza tries to explain what we really mean when we judge something as good or bad. Good is all kinds of favors as well as what produces a feeling of pleasure. Evil is any feeling of pain, especially that which thwarts our desires. Similar to the teachings of naturalism and the teachings of Epicurus, Spinoza said that what is good is what we want and bad is what we do not want. According to Spinoza, human emotions are determined, including judgments about good and bad.

At first glance all emotions seem passive. But there are also active emotions, that is, emotions that flow from the spirit insofar as it is active. The more one understands and understands the logical relationship between ideas, the more one is active or not passive.

Active emotions can only be associated with desires and pleasures, but not with feelings of pain. These active emotions show themselves as strength of heart (fortitudo) and can be divided into courage or magnanimity (animosity) and nobility (generosity).

Spinoza’s ethics taught that in order to progress morally, humans must progress in understanding. Humans must form ideas that are in accordance with reality and are clear, so that human views become correct. Truth means that humans have true ideas, including about themselves. When humans allow themselves to be dominated by passive emotions, we are prevented from getting clear ideas. Human eyes will be closed. Humans understand, and understanding means overcoming the feeling of pain. Understanding is the path to human happiness, freedom from the shackles of negative emotions.